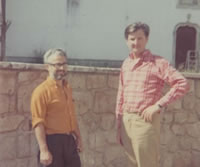 When Irish Artist Patrick Swift first visited the Algarve in 1962 he discovered a way of life that had changed little since the Middle Ages, a system of commerce and production based around craft activities which gave expression to the very soul of its people. More than a story of a business venture it tells of an artists dream and endeavour to preserve a way of life he so cherished... 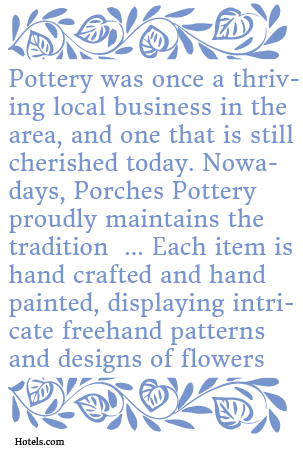 The Algarve has been a hub of human activity for centuries. This small but special coastal region of Portugal has been home to a multitude of highly developed civilisations for centuries, a key trading route for Greeks, Phoenicians, Romans and Moors. All of whom are independently distinguished throughout history by their flair for the artistic and the rich supply of artefacts left in their wake.

Tiles have been popular in Portugal since the fifteenth century, and the history of decorative tiles dates back to Moorish times. Indeed, the word azulejo, the Portuguese word for ‘tile’, derives from the Arabic al zulaich meaning ‘little stone’.
The rich cultural history of the area remained a source of inspiration to the potters of the region with artefacts of pottery dating as far back as the Neolithic era. In the town of Lagoa, near Porches, local skilled craftsmen continued the tradition of hand thrown and decorated red clay pots, until the prosperous industry abruptly ended. In the 1960s there remained only two potters in Lagoa.

The end of an era seemed unavoidable, when two renowned artists were united by a single dream: to save the beautiful handcrafted clay ware, before the skills were lost forever. In 1968 Patrick Swift and Lima de Freitas joined forces to realise this ambition and The Olaria Algarve – Porches Pottery was founded.

The shapes were initially based on the vast repertoire of traditional forms of medieval or older character. Today, the jugs, bowls and vases clearly show their Moorish ‘majolica’ roots and a variety of both traditional and contemporary forms are available.

The shapes and forms of the pottery, the free hand painting and creatures that adorn the hand thrown red clay pieces are all influenced by the art of those numerous civilisations that prevailed in the region.The Porches Pottery 'Tree of Life' Emblem.

The most prominent of creatures, such as the long-tailed bird that decorates so many plates and bowls is a mythological creature of pure Phoenician design. The hunting dog and the hare are inspired by the ancient Moorish motifs. While, the ‘Tree of Life’, encased by two facing birds with out stretched wings, is of Iberian design. 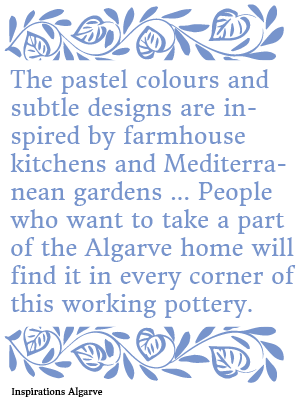 Juliet Swift began working at Porches Pottery with her father Patrick Swift in the late 1970s as a teenager. Under his guidance she learnt a wide range of ceramic skills including sculpture, hand throwing, mould making and painting. Later she moved to Ireland where she continued her artistic activities with life drawing and calligraphy classes. She also continued her ceramic painting at the pottery whilst on periodic visits to the Algarve.
Juliet returned to the Algarve permanently in 2000 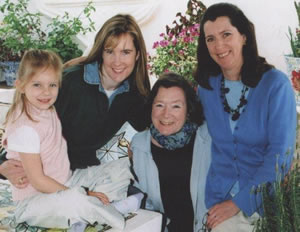 and became a full time member of the artistic team here at the pottery. During this period Juliet was tutored by her late sister Kate Swift, an outstanding artist in her own right. Kate had previously led the creative side of the pottery throughout the 1980s, before starting up her own ceramic studio in Silves. This charming studio still exists today and is run by her husband Roger Metcalfe. Kate and Patrick Swift´s love for free flowing brush strokes and strong use of colour are evident in the beautiful work produced by Juliet today.

Estella Swift Goldmann has been working at Porches Pottery since completing her Arts foundation course in Lisbon in the early 90s, continuing the family tradition. Her work ranges from tile panels to dinner services, often producing bespoke designs for clients. Estella´s love for the for the Algarvian flora is expressed in her morning glory and pomegranate motifs, as well as the panels depicting citrus trees and wild flowers. Working alongside Juliet, she helps to manage the day to day running of the business as well as creating new designs, such as the strong blue and white arabesque patterns.